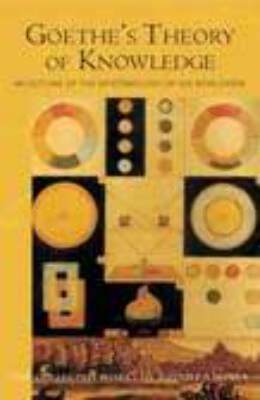 As the editor of Goethe’s scientific writings during the 1880s, Rudolf Steiner became immersed in a worldview

that paralleled and amplified his own views in relation to epistemology, the interface between science and philosophy,

the theory of how we know the world and ourselves. At the time, like much of the thinking today and the foundation of

sensory perception. Steiner’s view was eventually distilled in his Anthroposophical Leading Thoughts in 1924:

There are those who believe that, with the limits of knowledge derived from sensory perception, the limits of all insight are given.

Yet if they would carefully observe how they become conscious of these limits, they would find in the very consciousness of the

limits the faculties to transcend them.
In this concise volume, Steiner lays out his argument for this view and, moreover, begins his explication of how one goes beyond

thinking to the observation of thinking itself.

Goethe's Theory of Knowledge is valuable reading for a fundamental understanding of Rudolf Steiner’s Anthroposophy.

A Theory of Knowledge is a translation from the German of Grundlinien einer Erkenntnistheorie der Goetheschen Weltanschauung,